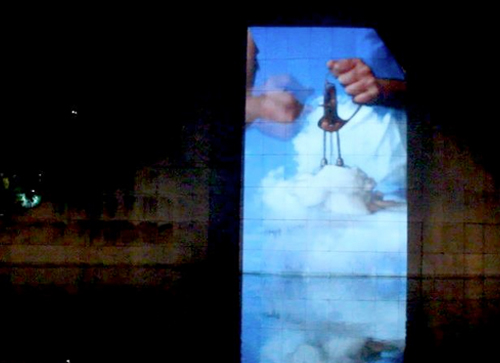 Vide Urbe II gathered more than 20 works of videointervention, in four different points of the city. In addition to the invited artists Ivan Henriques and Claudia Hersz, 5 artists were selected through our open call, by a curatorial committee that had the special participation of artists, curators and thinkers in the interface between art, video and urban intervention (Alexandre Vogler,  Ivana Bentes, Moana Mayall, Renato Rezende and Simone Michelin). Other projects, also included in the call, participated as partners in the Vide Urbe II show, having as a counterpart the production and assembly of their videointerventions,  with technical support by our collaborative platform.

In its interface with the city and its multiple devices for meeting, reinventing and building the common, Vide Urbe bets on the power of video in the streets, squares and other vital spaces of coexistence of differences, as an expanded language through hybrid and plural artistic approaches. Speaking of video, in this context, includes productions that overflow the possibilities of the image in movement, its temporality, plasticity, interactivity, spatialization and circulation. The kinematic experience is permeated by diverse technologies and situations, amplified by the displacements of traditional spaces and circuits, and in full diffusion through greater access to their means of production. His place in contemporary art has also transformed his own theory, so that we think of the image as a phenomenon, an intersection of forces, relations and affections.

Vide Urbe is the first itinerant show dedicated entirely to video art in public spaces in Rio de Janeiro. Motivated by my own experience as an active artist in this field, and also by the desire in common with so many other artists and groups, we seek to create contexts that enable and disseminate video works in poetic connections with the open and collective territories of the city, which naturally widens and renews the circuits of production and assimilation for contemporary art. With the programming of the Vide Vide Platform Urbe + artists and associated collectives, independent format of the II Show in June of this year, we also opened space for the experimentation of the projects inscribed in our public call. In this sense, we are also an open group of interdisciplinary studies, sharing tools and knowledge that support artistic projects – from the constant flow of knowledge produced around the city, to the interlocution with proposals in aesthetic, conceptual and technological terms. Even if developed a priori for such spaces, artistic occupation and contact with the passerby public can always reserve a posteriori effects: fields of experience also sometimes capable of absorbing or redesigning the landscape of the city, or even a temporary autonomous zone, articulating encounters or unusual networks of conviviality, propitiated by the installation of the moving image in space.

Through a collaborative curation with artists and projects, we stimulate works capable of creating new visibilities about the urban landscape, understanding it as a network of exchanges, thoughts, transformations, tensions, and contemporary aesthetic and political crossings. In direct contact with the street, the videos turn to a passing public, provoking even more heterogeneous perceptions about the construction of their own poetics. How can the artist act on this landscape, concrete and at the same time discursive? What other spaces, or continuous ones, can be created in the video interface with the overexposed skins of the city? Why still produce images in a hyper world inhabited by images? 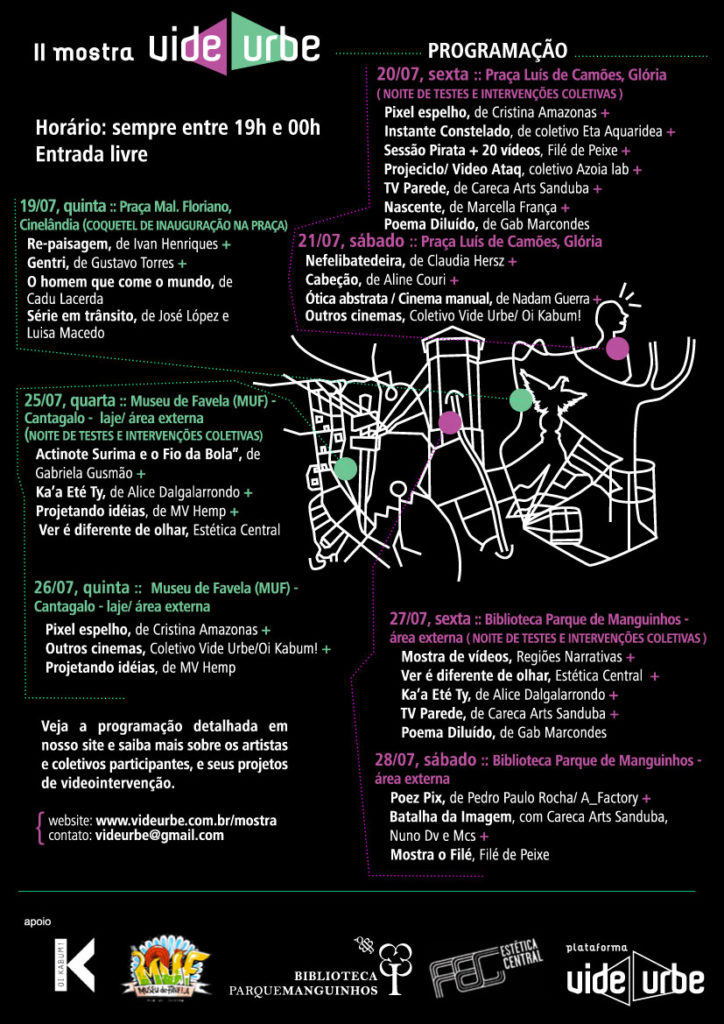 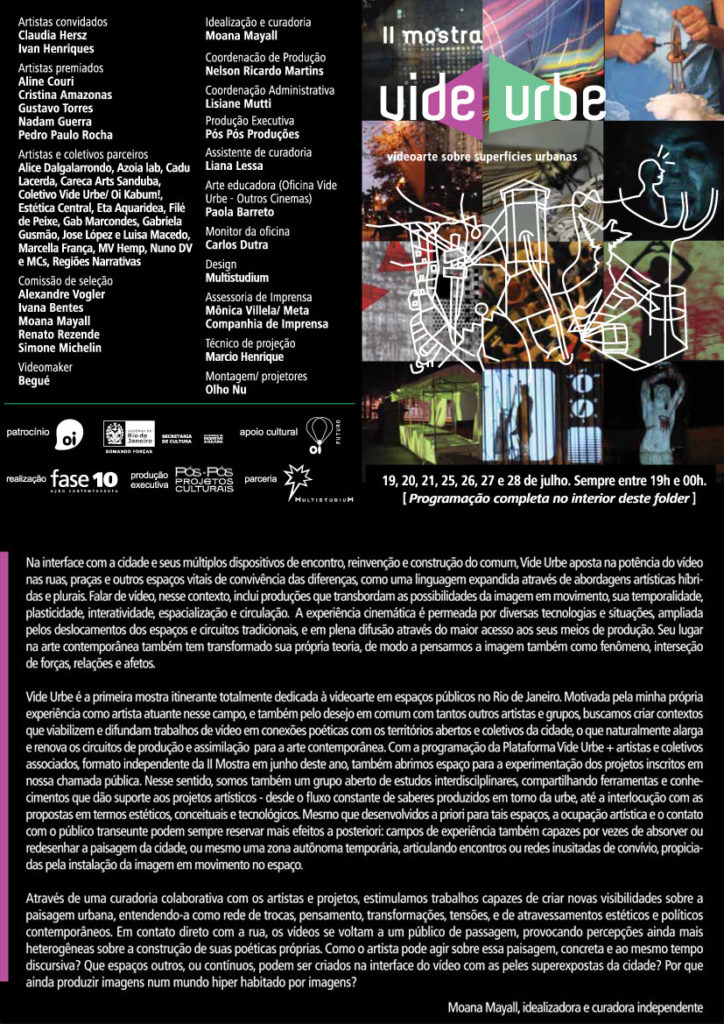