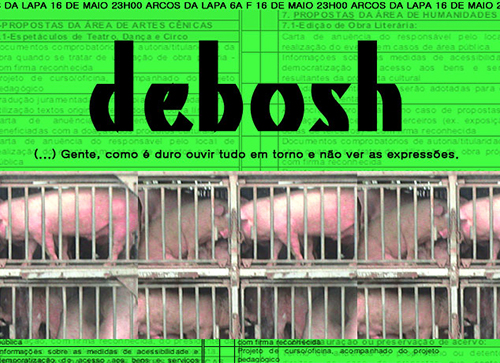 DEBOSH #ZERO     “Counter-situation” to event “What a situation, huh, Débord”? (on the theme of Guy Débord and the Situationist movement started 50 years before in France). The event, funded by a bank (Banco do Brasil) would enable standard conditions and equipment for urban interventions in the center of Rio (Praça XV), developed by the participants of a workshop in the event’s program. Due to sudden internal issues and budget limitations, the action was cancelled and we (three of the workshop participants) decided to carry on our intervention idea, totally independent from official authorisations, which actually made more sense than if we had the facilities provided by the institutional context. With the installation of a small projector and laptop with veejaying software, in a very popular bohemian district of Rio, a network of unusual collaborative meetings surrounding the projection was formed quickly and without any previous planning.

We decided to occupy one of the arches of traditional Lapa aqueduct. The initiative then revealed to us a temporary autonomous zone (TAZ)* in which we had to negotiate our territory of action with a certain informal facilitator- a man entitled “dono da boca”, the “dealer in charge”, or “king of the spot” for that specific day and time-, who welcomed us for some hours, extra-officially giving us permission and protection during the occupation. Some street sellers shared their clandestine sources of electricity, so that we could turn on and improvise our devices. All of them seemed rather amused to be filmed as part of the small “spectacle”, while some street kids asked us to project their favourite loops again and again, which we gladly did.

On a typical Friday night in bohemian Lapa, on one of its busiest spots, we projected a live remix of TV series, reality shows, snapshots of social media,Paris May 68  archive images, taking turns with images we captured in our drifts around the city, and also the contrasts between luxury objects of our consumerist culture versus the creative precariousness of people living and working on the streets.

Commenting on Débord’s book “Society of the Spectacle” and the current rhetorics of cultural production in Brazil, we showed institutional open call texts as graphic textures “framing” a sentence written by an unknown blind author: “Oh folks, how hard it is to listen to everybody around you and not see the expressions”.

* The term Temporary Autonomous Zone (TAZ), coined by Hakim Bey, who prefers not to fully define it, referred to an experience where, ideally, participants temporarily release themselves from the constraints imposed by social conditioning and regulation; “An experiment in group immediacy; a creative event, where new codes of behaviour are established by those present.” 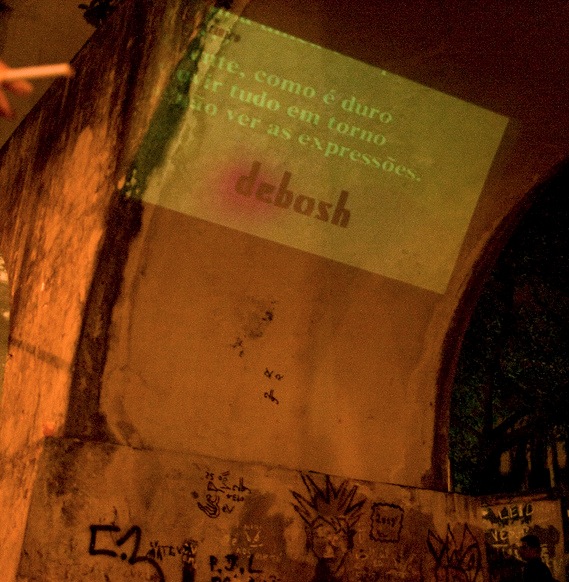 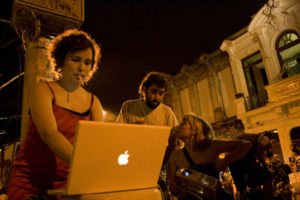 counter-situation
(t) (error) istic (“artistic”) ally
against the cultural sabotage
of allegedly subversive pseudo-protests
and the irresistible inclination to its opposite :
the total de-relativized perversion!

art-nowadays:
experience of radical detachment
absolute freedom that seeks its own end in itself
and in its very foundation
that can not be measured in the vertigo
of its own amusing abyss

… SPY ON ME REMIXING THE MASHED UP POTATOES!

…SPY ON ME REMIXING THE MASHED UP POTATOES!