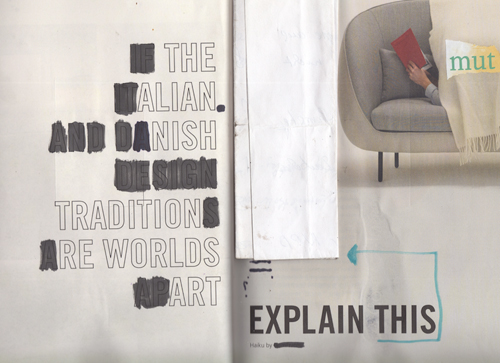 Plato asks us to accept the concept that even apparently man-made objects like chairs and books about chairs have an original form belonging to a changeless, eternal world of forms ruled by God, leading to his conclusion that life, and art itself, is not a reality. Therefore, artistic representation is at best a third remove from reality, better achieved through Dada collage, décollage and cut-up methods.

From removing excesses and giving space to what’s accidentally essential, encrypted messages and some ghosts of  His-tory’s inflated imaginaries come to the surface of the pages of  a book about chair design I got at the Nordic Embassy in Berlin. Time and money are not enough for me to “read” the hectic cultural life of the city, so I just absorb and recombine fragments of what’s left on the paper prints- flyers, posters, magazines etc- promoting the events of the current contemporary art’s “Mecca”. The city joys, pains and boredoms are also heard through the handwritten anonymous messages I collect almost every day on random streets of Berlin ( even though, most of them were just shopping lists). 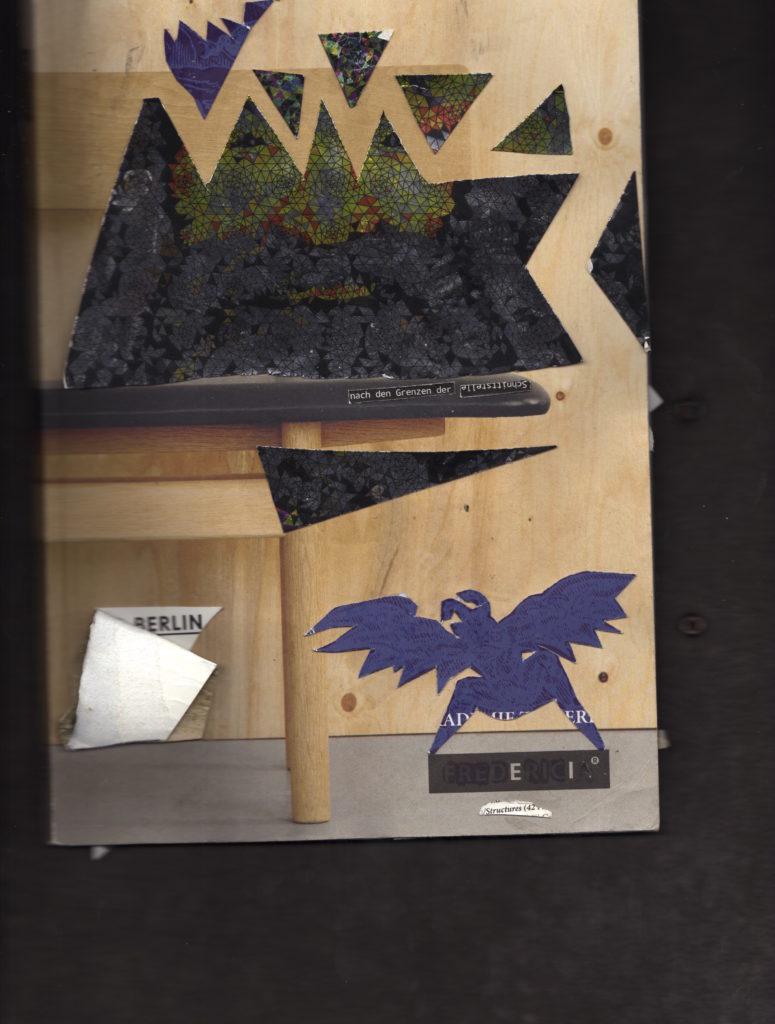 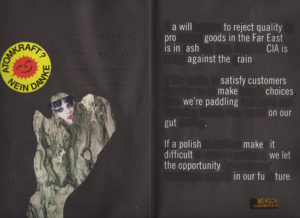 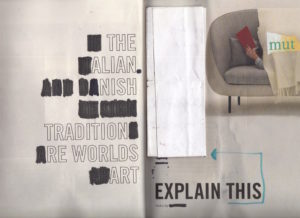 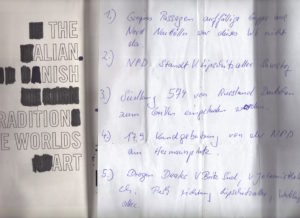 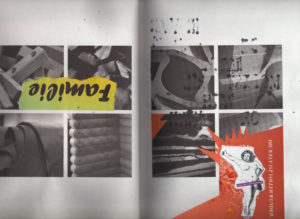 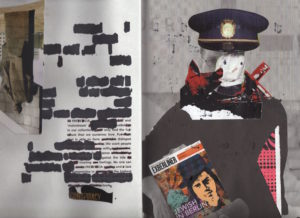 “free CIA and ‘mainstream’ Cabul. in our collection only find the future that we ourselves love. fun that is able to form dialogue. we want people with sense against the tide, trusting feelings. no one can free CIA and lack compromise in the highest book conspiracy”